Aniekan Udofia has built up a formidable reputation as a powerful Painter and illustrator. Whether through multi-layered compositional complexity and suggestive narrative or straightforward human form, there is often autobiographical narrative at play.

Udofia garnered national attention in the early 2000s with his illustrations, working for publications such as XXL, Vibe, DC Pulse, Frank151, While You Were Sleeping, and The Source.

In recent years he has become well known for his many vibrant murals around Washington DC with quite a solid clientele list, including Toyota, American Express, the Office of Unified Communications, Murals DC, the Museum of Public Art, and a host of small businesses and property owners.

His murals share the rich history and culture of the different communities they are created in, whether it's the gagged George Washington on 15th and U Street or the very bright and colorful Marvin Gaye in the Shaw area of Washington DC, and his most famous Ben's Chili Bowl mural, Udofia's public works speak for themselves.

Aniekan lives and works in his studio in the Adams Morgan area of Washington DC. 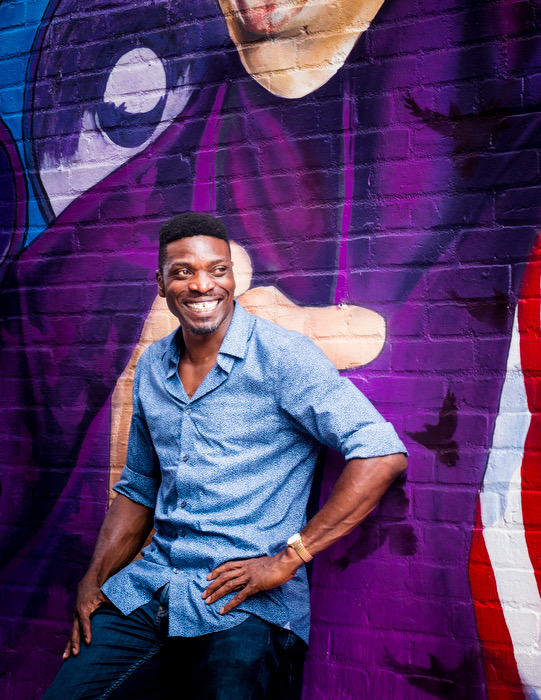